My first acquaintance with this boy was when he was 2 days old, wrapped in a blanket, waiting for me to fetch him and his mother from hospital. During the pregnancy I knitted for him, like any gandmother would do...His mother, Joyce was and still is employed by us as a domestic worker.


Like any other cute baby, he slept most of the first few months and Joyce used to carry him on her back. She registered him as Ernest, but I gave him the nick-name of Fana (meaning "boy" as opposed to "girl"). Soon everybody would call him Fana, even his grandmother, Agnes, who came to visit him over weekends, but has retired to neighbouring Zimbabwe a few month's ago.

Fana grew up in my home and we treated him as our own. DH spoiled him to bits and Fana had more toys than my own children when they were his age. I remember having bought a manual toy truck and how we laughed when he was trying to press on it to make it go forward...he was only used to battery-operated toys!

Here in Botswana, I have only one friend, "Wendy" which I visit once a week and who eagerly puts a cup of tea in front of me a minute or two after I enter the shop. Fana used to cry when I go to Wendy's, but was so excited on my return and always asked "How is Wendy's?"

He was a little confused with his mother's name "Joyce", ...how can "Mamma" be "Joyce"? The only other person left was me, therefore I had to be "Joyce", and up to today my name remains "Joyce" and not "Suzette". He would always look at my new embroidery "creations", and would say "Very nice Joyce, very nice!" I miss that...

When he was a little "naughty", like when he discovered the security panic button, his mother and I would both "moan" at him and explain what the consequences would be if he ever pressed that button again. " It's hard to have 2 mothers", DH would say. Through the tears Fana would then say "I love you Joyce, I POMISE"

At other times, like a typical 3yr old, he would dance infront of the radio, not to mention the TV and if he saw me watching him, he would say "I'm busy, Joyce, I'm busy"...and stopped in his tracks, until I pretended not to look.

I always knew, the day would come when we had to say good-bye. That was just before Fana and his mother went on their 6 weeks Christmas holiday. I will not try to paint that picture for you!

His family decided it would be better for him to return to his roots, where he can at least learn his mother's tongue, Ndebele, instead of battling with English, Ndebele and Setswana(language of Botswana). Today he is a free child, playing with many other children, too busy to sleep during the day...and when he gets angry with them, he collects all his toys and puts them in a big box, untill he decides it's Ok to take them out again. That includes the bicycle we bought him on the photo's.

But it is a different life back in Zimbabwe; solar panels provide light, but food are cooked on a fire...wood has to be sourced. Water has to be fetched from the river and boiled in order to wash, unless you are brave enough to take a cold wash. If the family can manage to buy petrol, they can at times start a generator...then they charge the cell phone and if they are lucky, can watch the odd TV program. No fridges...For 2 days Fana's grandmother did not answer her cell, in the heat, she was busy removing weeds in the field...they planted about 2 months ago.

Tonight was the first time we reached Fana and his family...I spoke with him on the phone and told him I love him...the tears just keep rolling!

Thank you for sharing your story. It is hard when your children leave home. He will be back - when he is old enough to be his own man.

Suzette The love you gave to Fana will always be with him & I do feel you will see him again one day. Love remains in our hearts but trials & hardships have a way of fading, I think perhaps this is Gods way to make our lives easier. Love has a way of finding it's way back to you. God Bless/Lillian

What an adorable little boy, I can understand how you miss him and I'll bet his life is much harder for him now and I am sure he misses you and when he is a man he will remember how wonderful his memories are and he will visit you.

Suzette, so sorry to hear that Fana went back to his homeland. Yes, he must of felt like one of your own. Thanks for showing us these lovely pictures. God Bless. Hugs Yvonne

He will be in your heart forever! That God give you forces!

What a beautiful loving story you told of this boy. You need to know that he will remember, and hopefully someday be able and come back and tell you in person.

What a touching story....I'm so glad you were able to share your love with Fana....I sure hope one day they decide to move back....may God comfort your aching heart and may the memories of Fana warm your heart.....Gods blessings Janet

Suzette, he too will remember you and the love that came from your house. I know that you feel as if he is gone forever and I can't imagine your sorrow. I send hugs for your sadness and smiles for your tomorrow.;)

What a beautiful little boy. I am so sorry he has had to go back to the homeland. He would certainly be much better off with you as you would make sure he is looked after and has a proper education. You will never forget your time with him and I am sure he will not forget his 'Joyce'. I hope that you will be able to stay in touch. Thank you for sharing your wonderful story. Sarah from SA.

Dear Suzette, what a beautiful letter. I was so touched to read how Fana had entered your lives. I always like to think that God loans us our children for a short while until we eventually let them go. You will always hold him in your heart and Oh! what beautiful and wonderful memories you have. I do hope you will be able to get a chance to go and see him from time to time. My thoughts and prayers go with you love Chris

Thank you for all the kind words...please scroll down for photo's

oh my this story has touched my old heart/I sit here in nothern ontario in -35 degree cold home warmed only by wood heat that we went out to the bush & cut & i am toasty warm,& i look & think were you live it is likey +30 & higher,this seems so on real & i want to cry & i don't know why.!!You have ben blessed by this little boys life for such a short time & still that love goes soo deep only Jesus knows****May God be with you as you help those in need carolyn

Your life was forever changed when he came into it. You both will never forget the memories that were made. Perhaps a visit could be arranged from time to time.

oh dear, you must miss each other.but you will both always feel the love between you. He will always be in your mind and heart .hugs and prayers for you both.thank you for telling the story and the picture of your avatar.

The wonderful part about this whole thing - is the LOVE - thank gooodness you shared it with Fana in the first couple years of his life. I will be praying for you dear.

He will be in your heart forever! Keep track.
Me peace and love me with you'all. 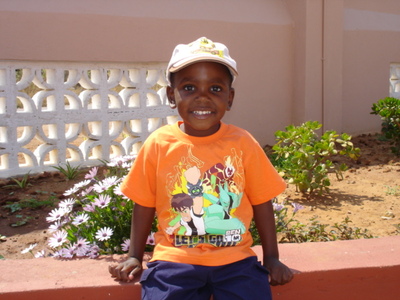 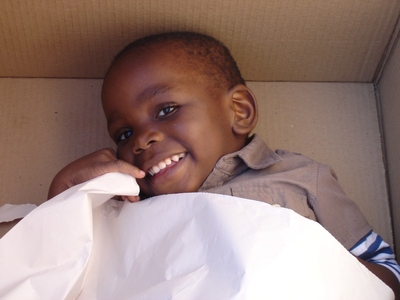 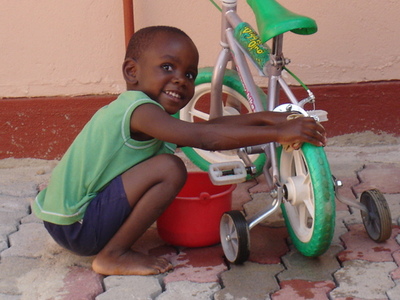 wow, what a lovely pictures. I can imagine he has that special place in your heart!

What a cute little guy and such a sweet smile.

What a heart stealer, anyone can see he is special and who wouldn't love him.
HNR, M

I can understand you miss him terribly! What a cute boy!

Thanks for posting this. You must miss Fana so very much, I hope that it is possible to see him soon. It must be difficult for him too and he will miss you as well. Take care

Oh what a lovely little boy, I missed the photos earlier