We’re back home after our house/ dog sitting holiday.

You won’t believe what happened - John and Deirdre got back yesterday and everything was fine in the house.
John and Trev went downstairs in the arvo to look at the electronics/ security room. John went and had a bath and we had dinner. After dinner we all went downstairs to look at all the things we had done with me resorting the linen cupboards and Trev doing the wine cellar. John and Deirdre own Montvalley wines. - which are magnificent by the way!!! I commented there was a funny smell!!
Well we walked down to the far end bathroom and we hadn’t put the light on yet! I walked in water on the beautiful polished floor boards and the smell was stronger - then we opened to door to the music room and there was more water and it had soaked into a new rug, then we went into the billboard room and more water. What had happened was with John having a bath the water had backed up and obviously burst a pipe! Of course it all had to be mopped up and disinfected! What a mess. Apparently it happen before in early December. I think it’s going to be a massive plumbing job and as the house is slab on ground (cement) they might have to use a jack hammer. Then there’s the floor/ the wood has become swollen and formed peaks in the joins.
I can imagine them ringing plumbers and carpenters today.
In the meantime we have come home to a lovely clean house - but now I’ve got to unpack all the stuff we took up there! Thanks for reading this long missive. Love Chris
PS: this is the home and a couple of pictures of the local wildlife.
1. A Goanna up a gum tree
2. Front of house (named Montvalley)
3. Back of house, we stay in the lower far right end room which is hidden by the Jasmine vines.
4. Buddy (brown dog) Benji the black one
5. 2 King Parrots
5 images:[1] 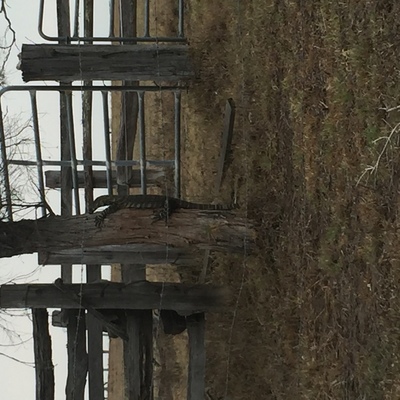 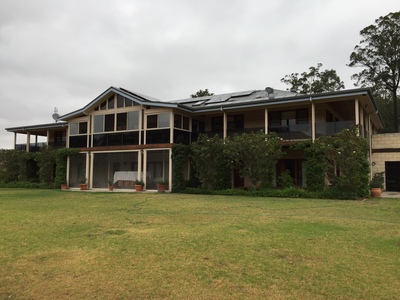 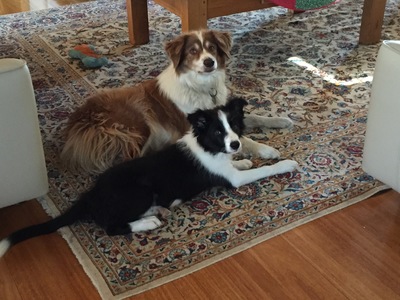 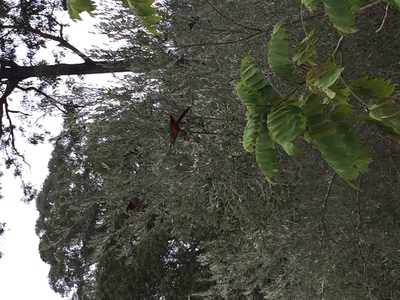 Sorry to read this. Lucky it did not happen while they were away. Hope they have good insurance. Still such a pain to have to go through to get every thing back to normal. Hugs

Hi Shirley, yes, we were pleased it happened when they were there too. It's going to be a huge job to rectify! Love Chris
P.S. Hope you are doing well.

Welcome home.🥰😁
J & D were so lucky you & Trev were still there to help them clean up the water mess.
I hope their insurance covers the repair and replacement costs.
Huge hugs, m

Hi Meg, yes, we are back home and today babysitting Dana's kids. We are taking them to the Jewells pub for dinner and Dana will meet us there after she's been at school all afternoon preparing things for lessons at the end of January. Then she's going to the gym and will meet us about 7.30ish. Love Chris
(P.S. I'll try and come down at the end of January. We are off again next week to Salamander Bay for our 48th wedding anniversary and Amy's 37th birthday. We're taking all the family, aren't we the generous ones? Love Chris

Thanks Chris for the lovely pictures. How opportune that the leak happened after your friends returned, but what a return for them. Looks like you have been in a beautiful place for a break and hope your friends enjoyed their break too.

Hi Caroling, yes, we were pleased that it happened when John and Deirdre got home. It's going to be a huge job to repair all the damage done. Their beautiful polished floorboards (right throughout the house) are going to be a big job to repair, let alone the plumbing situation. They have Environmental toilet systems, which for when the house was built 18 years ago was a real first. John is a mad techno freak and has everything that opens and closes in relation to electronic systems!!! They had a lovely time up on Hamilton Island off the coast of Queensland and then at Coolum a resort. Love Chris

Huge house!! We've had to deal with leaks before (while we were away!) - no fun!! They are lucky that the fires haven't impacted them - that would be terrible! Love their dogs - the lizard, not so much!!!
Bet it is nice to be home!!! Hugs, Laur

Hi Laura, yes, the house is huge. Whilst we were there there were fires close by and the smoke haze was dreadful, but their property didn't have any direct fires, thankfully.
The dogs are fabulous and the Goanna, well, he has his charms! Lovely to be back home. Love Chris

Your friends home looks massive but very nice. It’s good the water leak happened when they came back and not while you were house sitting. I know you helped with mop up but they can deal with repairs.
Are those huge lizards everywhere or run wild in the country? I think I’d be afraid of them. I wouldn’t want to walk up on one at night.
I know you are glad to be home and your family must be happy you’re back.

Hi Toogie, yes, John and Deirdre's home is huge. We laugh at the fact that Amy and Steve's miner's cottage would fit inside their lounge-room!! Being a 2 storied place there are 4 bathrooms, 5 toilets 5 bedrooms and the music room which can sleep another 4. The verandah right around the house is lovely to sit in especially in the afternoon. They have it enclosed at the top with glass windows and downstairs with clear plastic sliding windows that you pull up from the ground. It's great as you can wash down the cement floors.
The Goannas are usually found in the countryside. I've actually seen a big one down near our Redhead beach. He ran across the road in front of my car one day and scooted up a gum tree and his tail was over 4 feet long!!! Being Lizards they only come out in the heat to keep their body warm. I've never seen one at night time
Yes, we are happy to be home and of course back to babysitting kids. Trev is painting Dana's home and she wants to go into the school today (she's a Grade 6 Primary school teacher) and get some prep work done before school starts back at the end of January, then she wants to go to the gym, so she asked us to have her girls. I've lost some plants due to the heatwave, so I told her I'm going to Bunnings this morning and buying some plants to replace them and the girls can help me, she said they'd love that. No doubt they will want to do some baking too! Love Chris

Lovely house and wildlife. too bad you will need all the work done due to a water leak. It seems we find out after being away. Here in the northern hemisphere it is the time for breaking pipes.

Hi Chris, I don't know what is worse! We live on the east coast of Australia and don't get snow.
Our Snowy Mountain Ranges a bit further away have snow but only in Winter. Tasmania gets snow too and sometimes, Canberra has a sprinkling from time to time on the Brindabella ranges, but here in Newcastle we are a coastal town and never get snow. Love Chris

Love the pics, Chris......wow is that lizard thing huge....are they dangerous or just intimidating looking? Your dogs are awesome as is your home....
I know how horrible it is to have water where it isn't suppose to be. The clean up is overwhelming....hopefully all will be back to normal soon!

Thanks Vicki, Goannas are usually pretty scared of humans. As soon as they see someone they run up a gumtree. Some can grow to well over 6 feet. This one was a young one! They can live up to 40 years!!
I wouldn't call them dangerous, but if you get bitten by one they can cause excessive bleeding, due to toxins. They often knock their prey over with their long tails. It's best to stay out of their way!!!
John and Deirdre's home is absolutely stunning isn't it? I hope they can get a plumber out soon. Love Chris