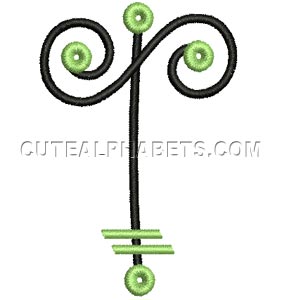 What is going on with this alphabet. No V available to vote on or any later letter. T is offered twice as is the U. Now I am going on vacation and should have had this alphabet and they don't make it all available or let you purchase a single letter. They

Could someone send me n,q,r,and s ? jthorne@sc.rr.com Thanks a bunch !!!

Help! My DD was supposed to download the letters for me while I was in Alaska. She missed A through I. Would love to get them. Sookiebelle@yahoo.com

thanks for the letter t, appreciate it. these letters are just great. thanks again

Thank you for the T

Thank you for the T. Missed the letter O so would love to get it if you don't mind posting it again.

Thank You for posting the T . I really appreciate getting it! Lovely alphabet!

thanks for the T really appreciate it

Thank You for posting the T for all of us that didn't get it yesterday. TTTTThank You

missed the letter B, always seem to.
would love to have it
thanks joyheart2sew@comcast.net

Thank you for the letter T. I appreciate your putting it up.

Imissed the "H".May be you will put again
Many thanks
Venus

Thank you so much. By reading our comments you are preventing illegal activity. Smart thinking. Since your reading the posts could repost I.

If it's OK to ask for the "T" and "G".
Email jsbodnar@bellsouth.net
Thanks

Is it OK to ask for the "T"? I've been following this alphabet every day and have still missed the "T" and "G". Thanks JSB

was the s ever there? I check everyday also and missed it :(

I missed the letter N, can someone help me? TIA N

By the way, Thanks for the letter "T".

Is it ok to ask for ones you missed on this site? If so, I have a few I am missing, could someone help? Thanks

Letter S must have meant SHORT, I missed it too!!!! Help, pollybird1313@comcast.net

Been out of town and missed the Q,R & S.
Could someone help me. Love this !

bummer is right. I come on to get the letter about the same time everyday and today the letter is already changed to the next.

I usually get the letter at around the same time everyday and it should have still been the S and it has changed before time and I have missed my inital. Dam!

bummer I've missed the S .. .can anyone send me in any format.. sheilamc@optusnet.com.au

Thank you for posting T----I hope.

I'm thinking the letter T looks neat enough to turn it a different way and just use it as a design or something other than a letter. Some of them are like that.

THANKS so much for putting this alphabet up and all the others.