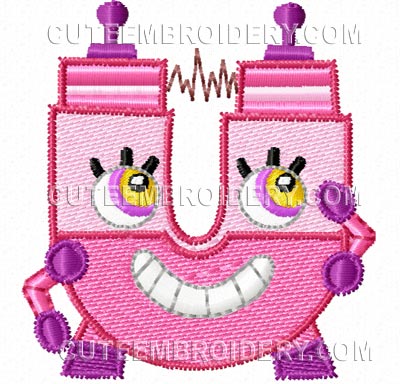 Pls vote for W X Y Z--computer crashed and I missed these. Thanks so much.

Pls vote for W X Y Z--computer crashed and I missed these. Thanks so much.

Even if you didn't use as letter it makes a great robot for a little ones Tee.

Thank you sew much

I missed M too. It was right there and then it was gone.
I do appreciate this alphabet.

Thank you to creator of these designs.

Please vote for the "P". Thank you!

This alphabet has to make you smile...

Hoping for the Y and J. Thanks!

thank you , I have all but I will vote for all the robots for others

So cute. Thank you for a great alphabet.

Such a unique letter U& a delightful robot font. Thanks for sharing it. :~D

Thank you for cute alpha--PLEASEEEEEEEEE cuties vote'M' again. And then, I need the 'C' mermaid of the seafont and the 'E & G' of the dreamlike font [knight/castle type font. Thank you.

Thank you! They are so cute!

How fun is this series! Thank you!

thank you have a nice day

thank you very much and have a good day

Thank YOU for the robot letter U, it is very cute!. Please help get the robot letter F which is the letter I missed because a virus took my modem down on the day it was given. Any and all help is greatly appreciated ;-)