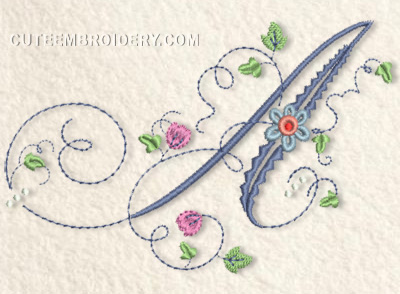 Please vote for R. Thanks

Thank you so much! It´s special desing!

Please vote for the "W" on this Monogram Font 11 alphabet. It's the only one I need to complete set. Thank you. Maria Elena

it's so beautiful Thanks
REGARDS

many thanks for this beautiful font, the ones I have missed I will come back to buy.

Thank you so much for the beautiful font!! You're very generous!

Hey girls, how 'bout we start a fall or Christmas font soon? Any letters we missed are MORE than worth the tiny price to complete your sets and in all fairness to the wonderful digitizer I'm sure she/they would appreciate a buck or two. (After all, it looks like a lot of detailed work, just sayin') Anyhow... there's a bea-U-tiful Christmas corner font with holly that would be LOVE-ly in my humble opinion..

Thank you so much -This is a BEAUTIFUL font!! can't wait to try it! I guess I need to check my L's and Z's to make sure I have the L.

thank you for this awesome font*

thank you for the beautiful letters:)

I missed X & Y because we didn't have internet service where we stayed this weekend. Oh, we were suppose to have it, but they were changing servers or something and we never were able to get connected. I was not happy!

Thanks so much for the Letter A and for a beautiful font!

Thank you for an awesome font!

This is by far the prettiest font so far but I did miss a few...F,G,Q Z....G in particular for a friend. Thanks so much!!!

I missed the posting of the letter "W" (Don't know what happened - may be the time of day I check in). Please vote for this letter "W" as it is the only one I missed & need it for a friend's name. Thanks.

Thank you for the lovely font.

i also missed the A too. Thanks a lot!

I also missed the A.

Please put up the letter A again - I check every day but I really missed this one. It is such a beautiful font and I have so many friends whose names start with A. Thank you.

Please post A again. It was up on the first day for a second and when I started to download it suddenly put the B up and I done this first thing that morning. The letter B was given on the first and second day. I love and appreciate all the free designs but hope you can offer the letter A again for those of us that didn't get it.

i cant find it to vote for it

I did't see A free downlode

Did not see letter A either. Do you sell the whole alphabet? It is beautiful!!!

I did not see the A please post it again...beautiful...

Please post letter A again. Many people did not get it. Got letter B the first day, and then the next day , letter B was posted again.

Its very pretty, thanks!

it's beautiful, thank you!

So pretty, thank you!!

Thank you so much, love it so beautiful!

A lovely artistic rendering of a very useful font...just so graceful! Thank you! And, I really like the size~

Beautiful! Large and wonderful!! Thank you!!

A very beautiful design. Thank YOU

Always love your alphas, but this one really tugged my heartstrings. Thank you, thank you.

This is going to be popular. Thank you.

Thanks for the free designs. I have used lots of them. They always work so beautifully. Thanks again

This is sooooo beautiful! Many thanks!

Beautiful - Thank you so much!

What a beauty thanks a lot

These are very elegant letters. Thanks. Hopefully we'll be able to get them in a pack.

Thank You beautiful letter should look great on a lap-cloth

Thanks for the beeeautiful A
Margie

Thank-you - this new monogramfont11 looks so pretty!!
The monogramfont7 was very stylish, too.

Thanks! Love those BIG letters!

too large. how about offering 1 size for large and 1 size for 4x4 and under.

I can't wait to use this on a gift. gorgeous :)

Love this... Thank you very much!

This is so elegant! Thank you.

It's beautiful, thank you

Thank you so much. I am just learning to do this and I love this

I am so very grateful for this letter A - thank you very much Miss Veronika. I really appreciate it.***

Beautiful A. Thank you so much.

Thank you It is beautiful.
j15

It is very generous of you to offer free designs, thank you, they are appreciated.

I need this in a smaller size!

Thank you very much
Gigimaus

Thanks! it is beautiful

Thank you Beautiful A

Oh! Wow! What a Beautiful 'A' Thank you so much.

Very nice designed. Thanks for the design

Thank you for the lovely design!

Thank you for the "A". These are beautiful.

Thank you for the A. It is beautiful many thanks - Eileen

This new Font set is nothing but awsome and sew Victorian.
I just love it and thank you
sew very much..
Betty Morgan

To Willow Rayne
This beautiful "A" will not fit in the 4x4 hoop it is appx 4 X 5 1/2. Really a shame I have a 4X4 too and I love these fonts. I wish they would give us smaller fonts.

Thank you very much. The last font you've daily offered was funtastic.
Thanks again.

I'm new to embroidery and would like to know if anyone can tell me if this alpha will fit in the 4x4 hoop? Thanks!

Lovely font, just hope I can remember to come back each day and get the new letter

Thank you so much for the Gorgeous new alpha, Miss Veronika, I Love it.
hugs n roses, Meganne

Thank You Very Much for the Lovely Font.

What a beautiful font : Thank you so much.
Gene

Thank You so much.Can't wait to use it.

Super nice A, thank you.

Oh, how SWEET! I'm going to have to scramble to find something new to put this on for my darling granddaughters!

thank you love it

This is beautiful! Thank you.

Beautiful cant wait to get the complete set

Thank you, it's beautiful.

Thankyou it is beautiful

It's beautiful! Thank you!

So pretty! Thank you very much.

Oops, sorry beeboomer, I didn't see your response when I wrote mine. Please excuse me. Anyway, aren't we lucky?!

Oh, I get to be the first to say this alphabet is beautiful! Thanks!

I LOVE this alphabet! This is the kind of embroidery I really like, traditional without a heavy fill. Thank you very much!