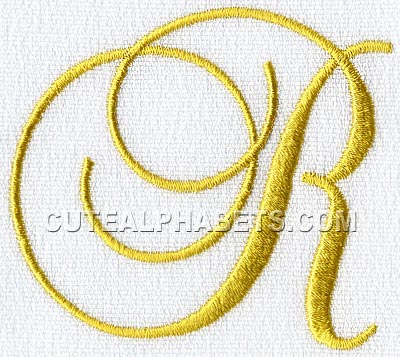 Thank you very much for this lovely design

I love this alphabet. Thank you for letting us go back and picked up missing letters.

Thank you! This gold set is so pretty!

Thank You!!! Look forward to the rest of the Charming Blue Design!!! I love it and it stitches beautifully!!!

elyn
This time between new letters is often used to gather older designs. The Charming Blue font does not currently have nay new designs offered -- so use this time to get designs you may have missed.

thanks! please will all vote for the Charming Blue font please vote the last letter was L THANK YOU

Try to be patient for the remainder of the Charming Blue font. I am sure it will be added once it has been digitized and test stitched. I am sure she is working as fast as she can to create the beautiful letters we are so used to receiving here.
Remember all daily free designs are offered because of Votes. If you are missing a design -- VOTE for it. All votes are reset daily -- so come back and vote each day.
They are not a "free sets" but they are daily free designs.
FYI -- This Gold set has been here since 2008.

Could we please finish the Charming Blue Font, or would you sent me the free set as it has been interrupted 5 different times, since others vote for another font, the last letter was the L. Thank you

why are we changing on so many fonts? am trying to get the blue font one?

Thank you so much! Love these!

Thank you for this R in the GOLD FONT. Cuties, please keep voting for the rest of the letters in this alpha. so we may finish it. Such beautiful, clean lines. Thanks again.
Maria Elena

Thank you, you have a quality designs

Thank you. Like the rest of the letters, it is beautiful.

Thank You for the R it is beautiful and my daughters initial. Now she just needs the S.

Thankyou am really enjoying this font

Thank you for the R

Thank you so much. Love it. Gramsbear...

Thanks for the R

Thank for the R. I will be use often.

thank you for the R

Thank you sew much for another beautiful alphabet. I love the elegance and simplicity of this one.

Thank you for the beautiful "R".

Thank for the R.

I love the R's they are always beautiful. It is one of my daughters initals. Thanks you.

Love the R, one of my initials. Thank you.