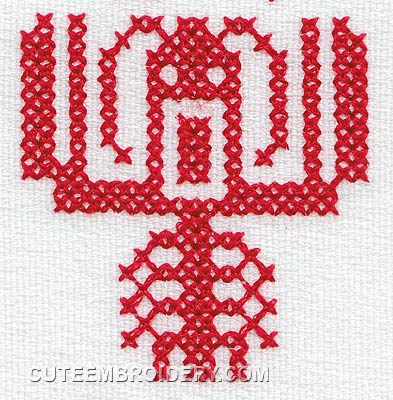 In Swedish the word for the zodiac sign is kräfta which means crayfish in English.

a crab has a round hard shell, no tail, no feelers -- this is a crayfish.

Thank you for the xstitch zodiac.

This was already offered please vote for the ones that weren't offered before.

What it comes down to is this - could one of you talented Cuties digitize a Crab with legs coming off a round body and claws? I would surely appreciate such a design because the rest of the set looks great (even though Capricorn the Seagoat is missing his

thanks for all the lovely designs

.... OR is there a translation problem possibly with the people doing the clip art for these designs who may not speak English and are confusing these two terms?

It may be because "crayfish" and "crab" are two versions of the same root word. "Crayfish" was transformed by folk etymology from a French term which was borrowed from a Germanic root reconstructed as 'Krebiz'. This same Germanic root became "crab" in Eng

I want to thanks for this and all other designs...they're very nice...:o)!

No pinchers of a lobster, so I think it is a crab. My sign is Cancer, and I appreciate it. Thanks.

Looks like a lobster to me. Not a crab as it is supposed to be!