I wondered where these people/things came from and this is what I found out :(:(My Machine didn't like the words Love Ya :(:(

The first garden gnomes that were mass-produced also came from Germany in the 1870s. The two big names in gnome manufacturing were Philipp Griebel and August Heissner, with Heissner becoming known around the world for his gnomes.

Unfortunately, the world wars wiped out most garden gnome production in Germany, and beginning in the 1960s, the plastic gnomes we know today came on the scene. These gnomes are campy and cartoonish, and many people don't like them.

In the 1980s, companies in the Czech Republic and Poland started to make gnomes and flooded the market with cheaper imitations of the German products.

The American company, Kimmel Gnomes, is one of the few manufacturers of clay and resin gnomes that are finished by hand and not mass-produced. People who want a gnome with some soul seek out these, which come in a variety of sizes and poses.

Why Gnomes
The history of gnomes also passes along the folklore and why you would want one in your garden. Gnomes are known as symbols of good luck.

Originally, gnomes were thought to provide protection, especially of buried treasure and minerals in the ground. They are still used today to watch over crops and livestock, often tucked into the rafters of a barn or placed in the garden.

A garden gnome adds a bit of whimsy and a connection to the old world, where farmers believed the good luck charm could help their fields yield more produce and protect them from thieves, pests and other problems. They were also thought to help gardeners in the night, which we all could use!

Gnomes in Folklore
The mythical gnomes in history were thought to live underground, and their name is thought to derive from a Latin word for earth dweller. They were popular in German fairy tales and were often described as old men who guarded treasure.
2 images:[1] 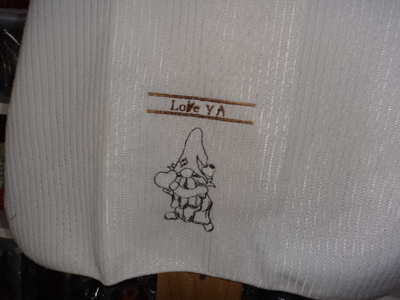 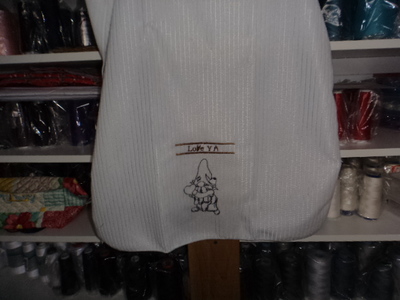 by noah 8d ago

Thanks Carolyn. An interesting read and a cute gnome.

Thanks Carolyn, I love gnomes and the history you provided. Now love them more.

I didn't know that your machine goofed up the design...until I read it! Looks fine to me! I'll have to go out and get a gnome and bury it! My roses could use a little help.

only if it is made out of manure lol

Very informative. Thanks. Sorry your letters kinda goofed up but still a cute towel.

Someone will like it at the sally ann (good will)

That's cute, Carolyn, Thanks for the letting us know all about the gnomes.
Hugs, Lidia

thanks me either i think there not so good :(:(

Thanks for all the information