Hi Cuties, I'm back! I had a marvelous time. Our Creator has made beautiful places for us to see, and for those lucky enough, to live in. If we weren't going to be in a place, but an hour and a half for lunch, I skipped lunch and explored. I could eat a pack of crackers & water when I got back on the bus, but I wanted to see what was there, while I was there. I felt like a child on an adventure.-lol 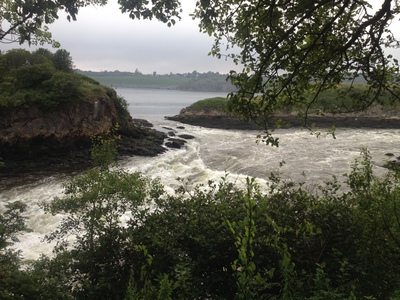 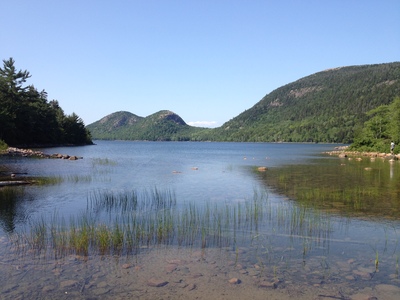 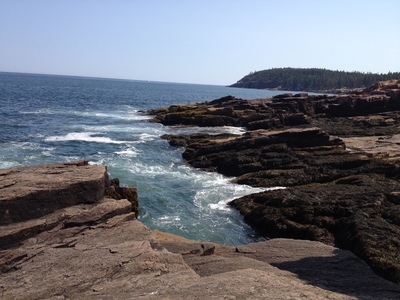 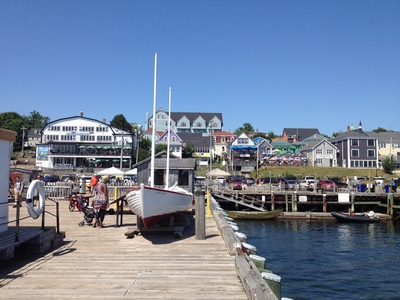 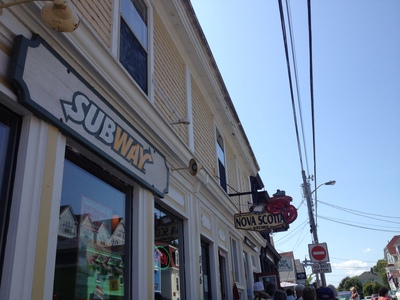 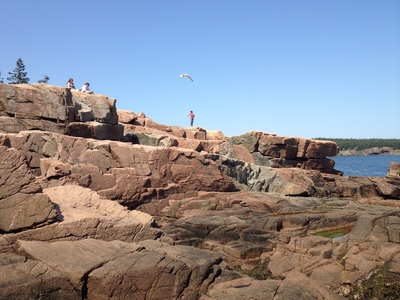 Thanks for taking me down memory lane Toogie. I lived in Nova Scotia (born not far from Peggy's Cove) and my family currently lives in New Brunswick (I just got back from a visit). Have visited P.E.I. several times and love it there. Maine is ''MY FABRIC SHOPPING HEAVEN'' where I try to go once a year. Loads and loads of fabric at 1/5th of the price I pay here. I could spend all day in one store. So happy you enjoyed our wonderful part of the world. Always lots to see in the Maritimes and the people are wonderful.
hugs
Michelle

I experienced the difference in prices so I know what you mean. Those provinces were a lot higher!
We are not close to any water here at home so all the waterways were a treat but Peggys Cove was the icing on the cake! You were fortunate to grow up in such a beautiful spot.

What a wonderful journey. I enjoyed reading your posts and looking at the pics. I would love to visit that area of the country again. I think this time of year is the best time. I do not remember going into the ocean at all. Did you see any swim beaches or all they all rocky?

What we saw was rocky and cliffs, so no way to get to the water. I'm sure it was cold. At Bar Harbor, Maine those that were in the water when I walked across the sand bar said it was freezingly cold.

How wonderful your trip was Toogie and to see all those places you spoke of in your post in my mind's eye was fantastic. Your photographs are gorgeous too and I'm so happy you are back home safe and sound. Back to normal eh? Glad to hear Rylan is doing o.k. Love Chris

Thanks Chris our 'normal' is very similar so I know you understand when I say I hit the ground running-lol- good to be back, thanks.

My word Toogie, what an adventure. I so enjoyed your stories and the photographs.

Hi Sarah, I read your post with Josh & Emma . Are they still traveling? I know they are having a ball!

Love your pictures and travel notes, sounded like a great trip besides the mishaps.

It was a great trip Marian. I may never have the opportunity to go back but I'm glad I went.

good to know you are home safe again, after this beautiful trip. Thank you for sharing

Thank you and yes I'm glad to be home safe & sound.

Toogie you are a great photographer. I love all the pictures you took. I only got greener with envy reading all about your trip.

Ah don't be envious, you have your own stories to tell, I'm sure. I love photography. Years ago my sister wanted me to take a class at college because she said I had an 'eye' for it. Never did but wished I would have. I don't even have a working camera anymore.

Your pictures made me cry, except maybe the Subway. My grandmother was from PEI and she so loved the beach. I can picture her standing there on the rocks with her French twist blowing in the wind!

Ah, I love PEI with all the fields and waterways. I can picture Lucy M Montgomery or the fictional Anne with an e roaming the countryside.

Oh I had to put Subway with the Nova Scotia sign bc when Kathy and I go fabric shopping we end up at Subway.😂😂

Wow, sounds like you had a wonderful but "adventurous" trip...I am exhausted just reading it! Welcome home...you were missed!

Thanks Kim and I'm still exhausted. I came home Frriday night and Saturday I washed clothes and took naps😉. Sunday morning in church and Sunday afternoon a wake. Monday to the funeral. Tuesday went to buy a hot water heater for my niece living in my moms house, while keeping Rylan too. Had him Wednesday and today was our QOV day where I help present quilts. I just found out a little while ago I don't have to keep Rylan tomorrow. I don't know to just be lazy and rest or get some sewing done while I have the chance. I will have to soon make gifts for a trip in November. My niece told me today we have 50 going! That means 100 gifts!😳 I need some inspiration... Got any new ideas for a 5x7 hoop?

Oh wow, what an adventure!! Love your recap! Hope little Rylan is doing well!! Hugs to you, you should write a book!!

I thought I almost did write a book here or at least a chapter😉😂😂 Rylan is doing well thank you. He goes back to the neurologist in about 10 days and we are hoping his head will be completely healed and he can go to day care.😀