UPDATE: Anthony sold or traded all but 1 of his project items. Some kids had to lower their prices but he did not. This project for him was a big success.


My grandson Anthony is in 3rd grade and they are learning about economics. So had to make an item for sale, or rather 40 items to sell at a marketplace for the whole school to purchase. Had to be priced under $2. Also, he had to determine the cost of each item, even if all the supplies were donated, as his were from his Grandma. He decided to make no sew little pouches to hold cell phones or iPods while charging. Of course this sports minded boy mostly supervised his Mom, Grandma and sister! The sale is the end of the month so will update as to how his items sold. The money goes to pay for the kids to attend a camp. That part is a bit unclear to me so will have to question more. First pic is Anthony doing some gluing. Second pic is him with all the finished product and third pic Sister had to get in. Hugs. Nan W
3 images:[1] 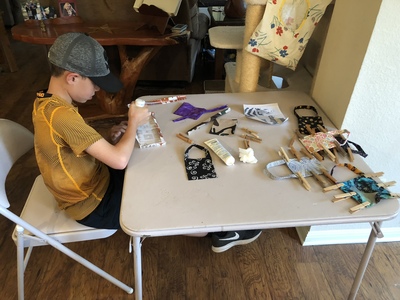 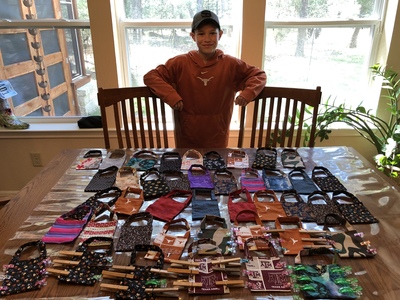 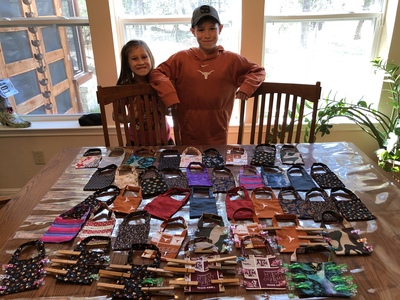 Good luck with the sale!

What a talented grandson you have. He has done a wonderful job with these. they should sell well. Hugs

Someone's been busy! I hope he sells out AND gets some orders. Boy, that would encourage him, wouldn't it! You sure can tell they are siblings, although at this age, they may not want to hear that.-lol

Super great idea to have children learn about commerce. Love the happy smiles on the kids faces

What a great idea to get kids thinking like that. Wonderful project. Did he come up with it on his own? Hope he does well.

Adorable children! I hope he does well with his sale!

A true Economist in the making. Good on you grandma! ❤️👵🏻

Cute kids! Great project. I hope he does well for the sale.